The frequency, intensity and duration of all heatwaves over the past decade has exceeded predictions for 2030. This has and is likely to increasingly impact all sectors of Queensland’s communities.

Since 1958, there has been an observable increase in the occurrence rates of all heatwave severities. In the 30 years between 1986 to 2015, in-excess of 80% of Queensland has experienced an average of 3 heatwave events per year.

A heatwave, as described by the Bureau of Meteorology (BoM), is “3 days or more of high maximum and minimum temperatures that are unusual for that location”.

Most heatwaves in Australia and Queensland are of low intensity, with most people expected to be able to cope.

Less frequent, higher intensity heatwaves, that are classified as severe, can be challenging for older people (aged over 65 years), pregnant women, babies and young children, and those with a chronic illness.

Rarer, exceptionally intense heatwaves, classed as extreme, can impact on infrastructure such as power and transport.

Predictions suggest a widespread increase in the frequency, duration and intensity of all heatwave severities throughout the rest of the 21st century. 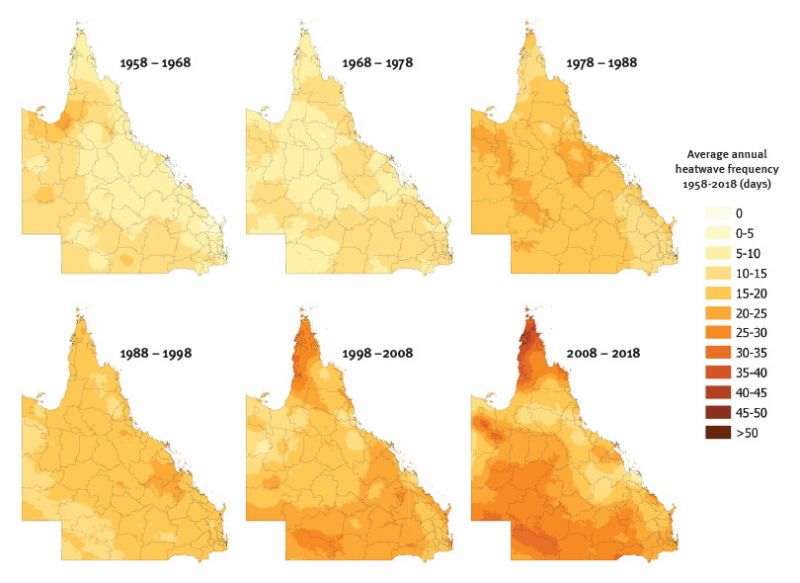