Extent of drought declarations in Queensland

Extent of drought declarations in Queensland

Queensland was free of drought-declarations for 2 years until April 2013. The current drought period (April 2013–April 2020) continues its ninth successive year, with 67% of the state declared. Insufficient effective rainfall and pasture growth occurred over this period, despite occasional flood events occurring.

A drought declaration is an official acknowledgment by government that a shire, an area or individual grazing property is affected by poor seasonal conditions. Drought declarations are made by the Queensland Minister for Agriculture and Fisheries, based on the advice of local drought committees (LDCs).

As at 1 May 2020, 41 councils and 4 part council areas were drought declared, representing 67% of the land area of Queensland. There were also 28 Individual Droughted Properties (IDPs) in a further 11 Local Government Areas.

Despite some moderate rainfall and flooding in a number of regions, there has been insufficient long-term effective rainfall and pasture growth to consider drought revocation status. The current drought period (April 2013–April 2020) continues into its ninth successive year.

Queensland was last free of drought-declarations for 2 years in 2011 and 2012.

Drought can have significant impacts on many other communities/land uses, for example some traditional food and medicines for First Nations peoples, as well as social and cultural impacts on remote communities that rely on rainfall. 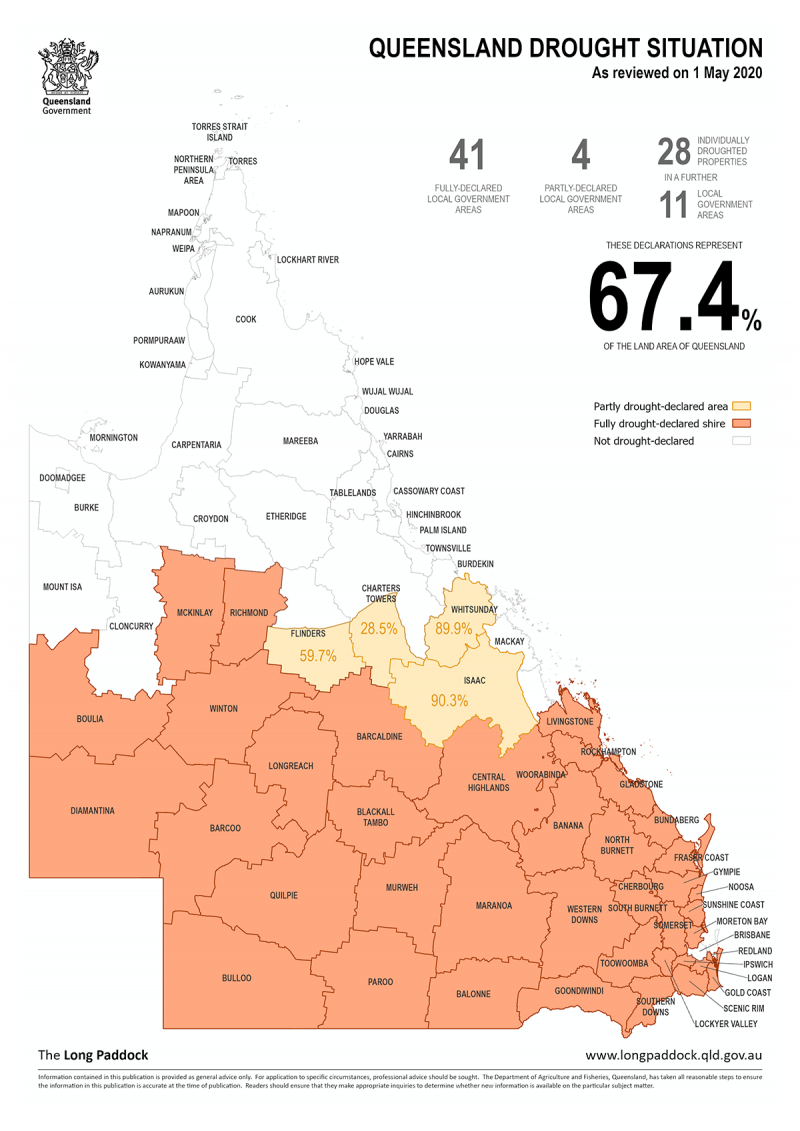 Extent of drought declarations in Queensland as at 1 May 2020.
Data Source: Department of Agriculture and Fisheries, Queensland.