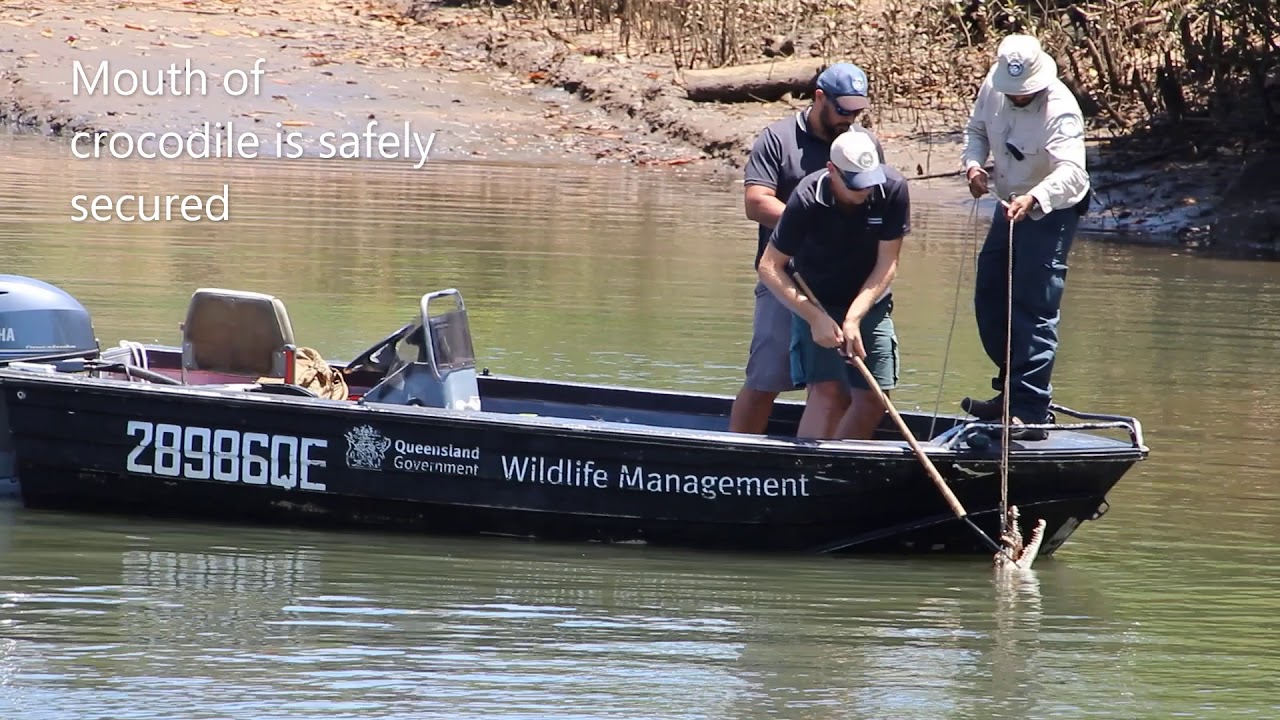 Research carried out by DES staff in far north Queensland has led to the development of a new technique for capturing problem crocodiles which takes advantage of the animal’s instinctive predatory response to grab at anything it sees moving nearby at the water’s surface.

Traditionally, methods to capture estuarine crocodiles have been restricted to baited traps, nooses, harpoons and stationary baited lines, and each of them have drawbacks. Nooses and harpoons can only work if used close-up to the animal and capture using baited traps and lines can take several weeks and even months.

The new drone technique can be used to capture estuarine crocodiles without having to be ‘get up close’ and can be achieved in minutes, rather than weeks, without risk of injuring the animal. During the research program inspections of the top jaws of all crocodiles captured found no abrasions or bruising of their jaws due to the noose.