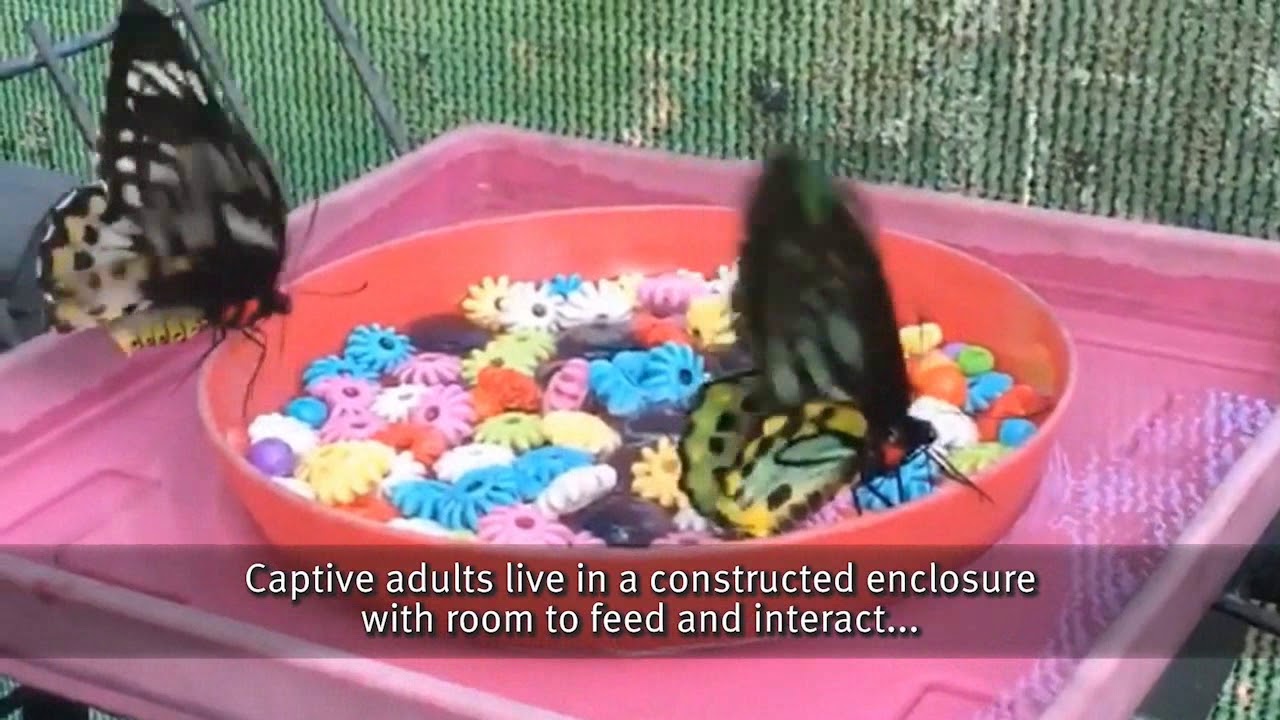 For decades, ‘home’ for the Richmond birdwing butterfly has been shrinking, the abundance of the vine it relies on, Pararistolochia praevenos, lost to urban development, rainforest clearing, inappropriate fire regimes, weed invasion and farming.

The largest butterfly species in sub-tropical eastern Australia is now listed, under the Nature Conservation Act 1992, as being vulnerable in Queensland.

Since 2010, the Queensland Government Department of Environment and Science has been involved in genetic manipulation to prevent additional inbreeding and loss of local populations in the short-term. Adult birdwings of different genetic stock, from distances beyond the females’ reach, are selectively mated in captive facilities. The progeny are then reared and released to the wild at sites where numbers have dwindled or where local extinction has already occurred.

This initiative should increase both the number and genetic vigour of breeding populations of birdwings across the species’ former distribution and, combined with efforts to address landscape-scale threats, bring about their recovery.