A number of aquatic weeds are established in Queensland. These pest plants are distributed predominantly along the east coast. Established pest plants in freshwater wetlands include:

Pond apple can remain viable and germinate in estuarine environments: there is potential for this weed to spread downstream of current infestation sites. 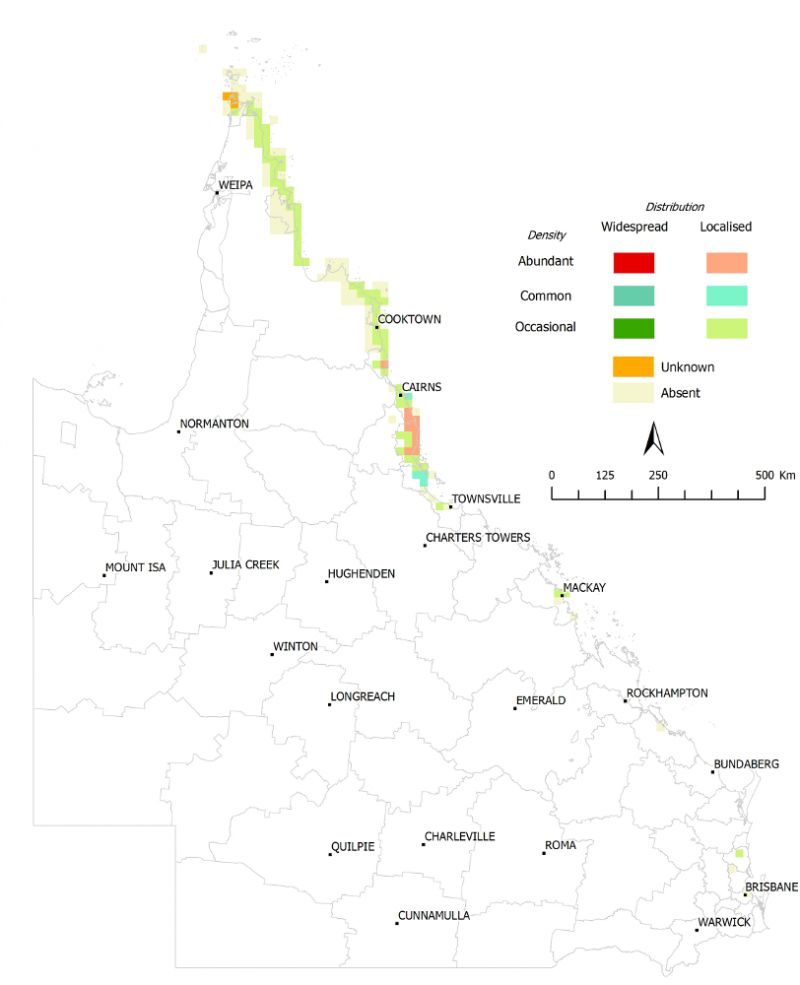