At a reef-wide scale, most ecological processes are considered to be in good condition; however the inshore southern two-thirds of the region are in decline.

At a reef-wide scale, most ecological processes are considered to be in good condition but significant losses in coral cover and declines in ecosystem health in the inshore, southern two-thirds of the region are likely to have affected some key ecological processes such as connectivity, reef building and recruitment.

Ecological processes are integral to the attributes recognised in the world heritage listing of the Great Barrier Reef. The deteriorating condition of many over a significant proportion of the total reef area is likely to affect its outstanding universal value.

Population recruitment is reduced for many key species such as corals, some fishes, dugongs, some marine turtles and seabirds and is assessed as being in poor condition overall.

The process of predation is affected by decreased predator populations and is considered in poor condition overall.

Many other processes such as connectivity, reef building and herbivory are considered in good condition, but have deteriorated since 2009. 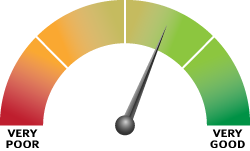 See an overview of gradings for estuarine and marine ecosystems in the assessment summary.