Climate change is having the greatest impact on the Great Barrier Reef, and the signals of climate change such as increasing water temperatures, are accelerating. Furthermore, climate change will amplify the impacts of other threats.

Climate change is the most significant threat to the Great Barrier Reef’s long-term outlook.

The rate and magnitude of climate change is increasing due to the continual rise in global carbon dioxide concentrations in the atmosphere directly linked to the burning of fossil fuels. The strongest and fastest possible action on climate change is critical to slowing deterioration of the Reef’s ecosystem and heritage values and supporting recovery.

Gradual sea temperature rise and temperature extremes, such as marine heatwaves, are the most immediate threat to the Reef as a whole and pose the highest risk. Heatwaves are becoming hotter, longer and more frequent.

Coral reefs and coral-dependent species are the most vulnerable to sea temperature increases, as evidenced by the 2016 and 2017 mass coral bleaching events. Cascading effects have already resulted in the decline of coral-associated fish and invertebrates. As the climate continues to change, the capacity of hard corals to survive, grow and reproduce is increasingly compromised. 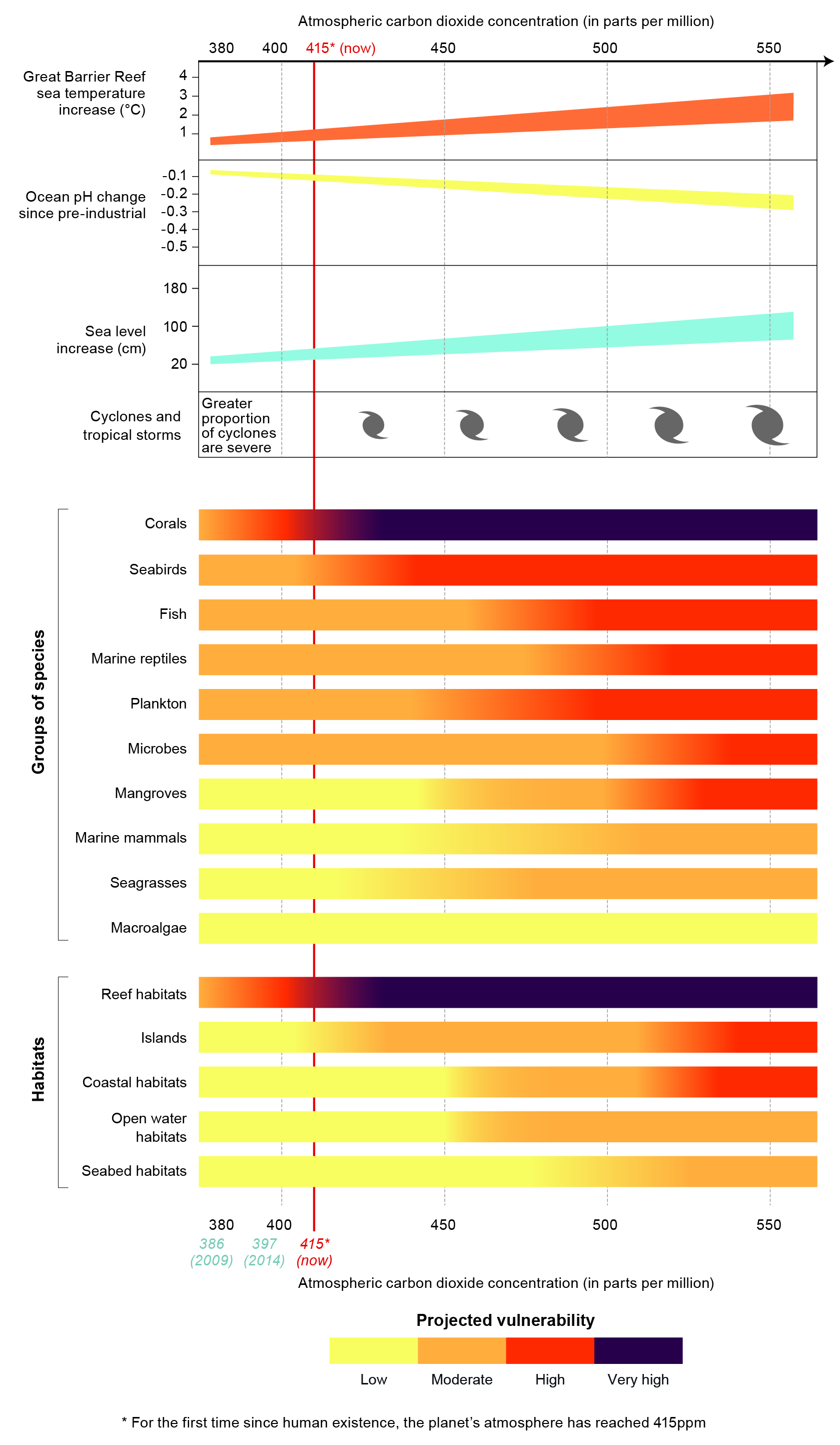 Projected vulnerabilities of components of the Reef ecosystem to climate change. Source: Great Barrier Reef Outlook Report 2019.
Vulnerability differs for a number of ecosystem components and depends on total atmospheric carbon dioxide concentrations. Changes in sea temperatures, ocean pH and sea level are indicative only, based on the latest climate projections.