Skip to content
Coastline, Cooktown © The State of Queensland

A tropical cyclone is a large, powerful storm which forms over warm tropical water and has very high winds that rotate around an ‘eye’ or area of low barometric pressure. Cyclones can persist for many days and travel a considerable distance. Destructive winds, coastal erosion and inundation by storm tides caused by cyclones pose a significant threat to communities, agricultural enterprises and the environment along the coast.

Cyclone frequency and intensity can vary markedly from year to year and over decades, influenced by several factors especially variations in the El Niño-Southern Oscillation (ENSO) cycle.

Queensland experienced 8 cyclones between 1 January 2018 and 1 April 2020. This includes cyclones in the Coral Sea that, while not crossing the Queensland coast, still had wind and wave impacts. Cyclones of note were:

Annual cyclone count 1978 - 2020. Map showing the movement tracks of cyclone events within SOE periods. Data is current as at April 2020. 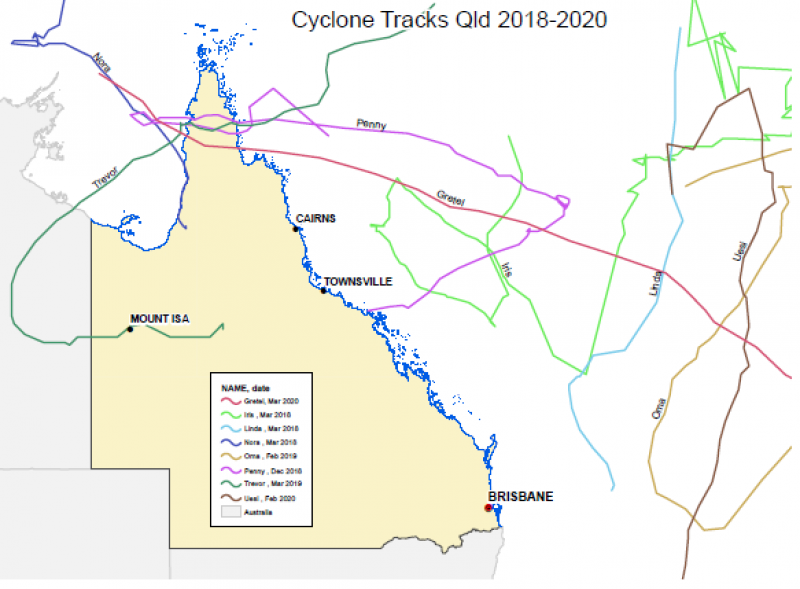